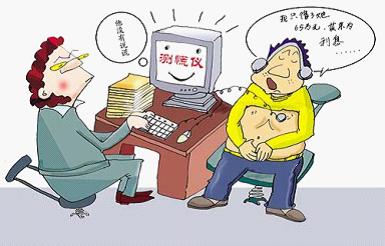 I ask: Is he true? This is a recent report on Jiangsu Satellite TV, which is very popular. Suspense in the form of the program, through the contestant confrontation with the guests, the words "torture", and finally determine the authenticity of their identity and experience.

Before watching several shows, I couldn't help but admire those guests. What kind of mentality would we be able to achieve? Then turn to think about the current society, if the scene of the program is switched to the "police station", in the face of a prisoner so calm like a "guest", what should the police do?

Today Xiao Bian has come up with a trick to recommend a "polygraph expert" - a polygraph.

Lie detector is a kind of instrument that records many physiological reactions. It is mainly composed of sensors, hosts and microcomputers. The sensor is connected to the human body surface to collect information on changes in the physiological parameters of the human body. The host computer is an electronic component and converts the analog signal collected by the sensor into a digital signal. The microcomputer stores and analyzes the input digital signal to obtain a polygraph. result.

Modern science has confirmed that there are indeed some changes in people's physiology when they are lying. Some of them can be observed by the naked eye and some physiological changes are not easily noticeable. Because these physiological parameters are dominated by the autonomic nervous system, they are generally not subject to human consciousness control, but autonomous movement. Under the external stimulus, there will be a series of conditional reflections.

Many people believe that a lie detector is a judgment of true or false speech, but it is not. According to lie detector experts: Polygraphs are generally measured from three aspects of a person's physiological changes, namely, pulse, breathing and skin resistance (referred to as "the skin power"). Among them, the skin is the most sensitive, is the main basis for the lie detection, usually it is "sell" the secret of your heart.

At present, many countries around the world have used polygraphs in the investigation industry. Maybe one day, you must take a polygraph test before you get a job; maybe one day, the polygraph is taken to the studio of â€œVery goodâ€; maybe one day...