The price of rear-projection TVs is much higher than that of PDP TVs with the same display size. Since the invention of TV broadcasting in the mid-twentieth century, the world's televisions have adopted the most CRT displays. As flat panel display devices (FPDs) continue to appear in the market, some modern forecasters believe that the CRT will soon be sent to the historical exhibition hall. Last year, the total sales of LCD monitors have been equal to the sales of CRT monitors, and the large-screen TV market has become a field of PDP rear projection display devices and LCDs. However, the industry predicts that the decline of the CRT will not be rapid. According to LGPHILIPS Display Company Marketing Division's November 2002 forecast, its basic development trend is as shown. In the picture, RP-TV stands for rear projection TV.

However, whether fast or slow, it is pointed out that by 2010, LCD TVs will replace CRT TVs and become the rulers of the TV market.

Clearly shows the current price advantage of CRT display devices compared to other display technology devices: A 32-inch PDP TV costs $4,000, while a 32-inch CRT TV is low. In fact, the price of TVs using projection technology is only 1/6~1/2 of the price of PDP TVs. What we are discussing here is whether the attractiveness of vacuum display devices such as CRTs is only at their cost. The vacuum television market price (CES 2003) display technology applied to TV includes CRT, FED, PDP. Although PDP is not filled with Ne/Xe gas mixture, it is not ultra-high vacuum, but in actual manufacturing, it will be completely vacuumed and Features all vacuum display devices. However, the focus of this article is on CRTs and FEDs. PDPs will only serve as a reference for comparison.

2 What is the charm of the electron-vacuum display in a vacuum? The main reason is that the mobility of electrons in vacuum is very high, which is 5 to 7 times higher than in solid state. With this unique feature, electrons can be accelerated to sub-relative speeds in vacuum, and high electron energy (â€œlkeVâ€) is easily obtained, which is not possible in the solid state. After electrons take high energy in a vacuum, they can transmit energy by bombarding luminescent materials to generate electron-hole pairs or directly generate excited-state atoms. Electron-hole pairs are re-paired to form excitons and eventually produce photons. The atoms in the excited state may also generate photons when released in the excited state. This complex process in the solid state is called cathodoluminescence. To date, cathode luminescence has been the most efficient in all lighting technologies. Table 1 gives a comparison of the efficiency of white light produced by current light-emitting display materials. Included in the table are only the screen luminous efficiency, ignoring the energy loss of addressing and scanning.

Its solution lies in active matrix addressing and price factors.

3 The charm of thinness At present, what can be shown in terms of thickness characteristics and LCD is a new type of FED structure, which was developed by LG-Philips Display Company and called it HOPFED33. 45. This double-partition structure can be used at every fluorescent point. Produce a consistent electrical-child distribution.

The anode glass HOPFED structure is derived from the ZEUS display company 355. The advantage of this structure is that it can block secondary electrons from other pixels and can produce high contrast. In addition, such HOP partitions can improve the electron emitter emission inhomogeneity. In this way, the consistency of internal pixels is greatly improved when using inconsistent emission cathodes with wide beam deviations.

It will not play an important role depending on the market. However, several of the most prominent display device companies have indeed invested some R&D forces in the development of large-size (32-inch) FED TVs. It is estimated that the FED's R&D investment in 2003 will be approximately 120 million U.S. dollars. This raises the question of what makes the FED so attractive, first because of its thinness; secondly, its attractiveness of energy saving (as shown); and finally because the FED is an emissive display device consisting of a large number of small CRTs. In the history of the success of the CRT, the FED should also be successful.

The last reason has a loophole that ignores the need for a spatial format converter or converter when converting FED and image formats into matrix displays. In addition to generating unnatural signals, the converter itself is expensive. The CRT can easily display a wide range of images, just as the current CDT monitor does.

Second, the practical application of the anode voltage greater than or equal to 7kV and the thin display itself are contradictory. To achieve high field strengths of 5 to 10 MV/m, complex spacing techniques and clean room operating conditions are required. Some very simple processes, such as knocking and discharging, although suitable for electron gun processing, are not suitable in FED.

Third, the quality of the vacuum and vacuum-related characteristics such as the life cycle are extremely important. Shown is a 32-inch WSFED up to 10 + Pa, the exhaust time with the panel thickness changes.

5 There are four differences between ultra-thin CRTs. Journal First, FED is a matrix display device, and any kind of vacuum display device without vacuum interval support will be very heavy. In order to withstand vacuum pressure, the glass thickness of a flat CRT must match the diagonal of its screen. However, the thickness of future CRT display devices can be made thinner than the current one. The 32-inch PDP module has a thickness of 9 to 10 cm. Table 2 shows that the thickness of the ultra-thin 32-inch CRT manufactured by LG-P2ilips Display Company is only 35 cm, and certainly not as thin as a 9*10 cm 32-inch PDP. However, PDPs and LCD-TVs are not often applied to wall-mounted televisions and therefore do not particularly attract people's attention.

Another major challenge is that when increasing the yaw angle, as shown in Table 2, LG-PHILIPS Display's 32-inch WSFCPT 32-inch SFCPT prototype with different deflection angles maintains the four-corner focus performance of the screen. Static quadrupole electron gun and DAF electron gun can solve this problem better. SID*87Digest: (Zhejiang University Department of Physics Wang Yang, Gu Zhi Enterprise) (Continued from page 32) During the production, Dr. Chen Zexiang of Sichuan University of Electronic Science and Technology gave great help; in the production, Antonio Bonucci of Italy The doctor gave a lot of help and thanked them very much. Finally, I would also like to express my deep gratitude to Professor Tonglin Tong at Nanjing Southeast University.

Multi-tool CNC Router, Multi spindles working at same time, do the same work, greatly improved the working efficiency. Each spindle can be switched off /on seperately. 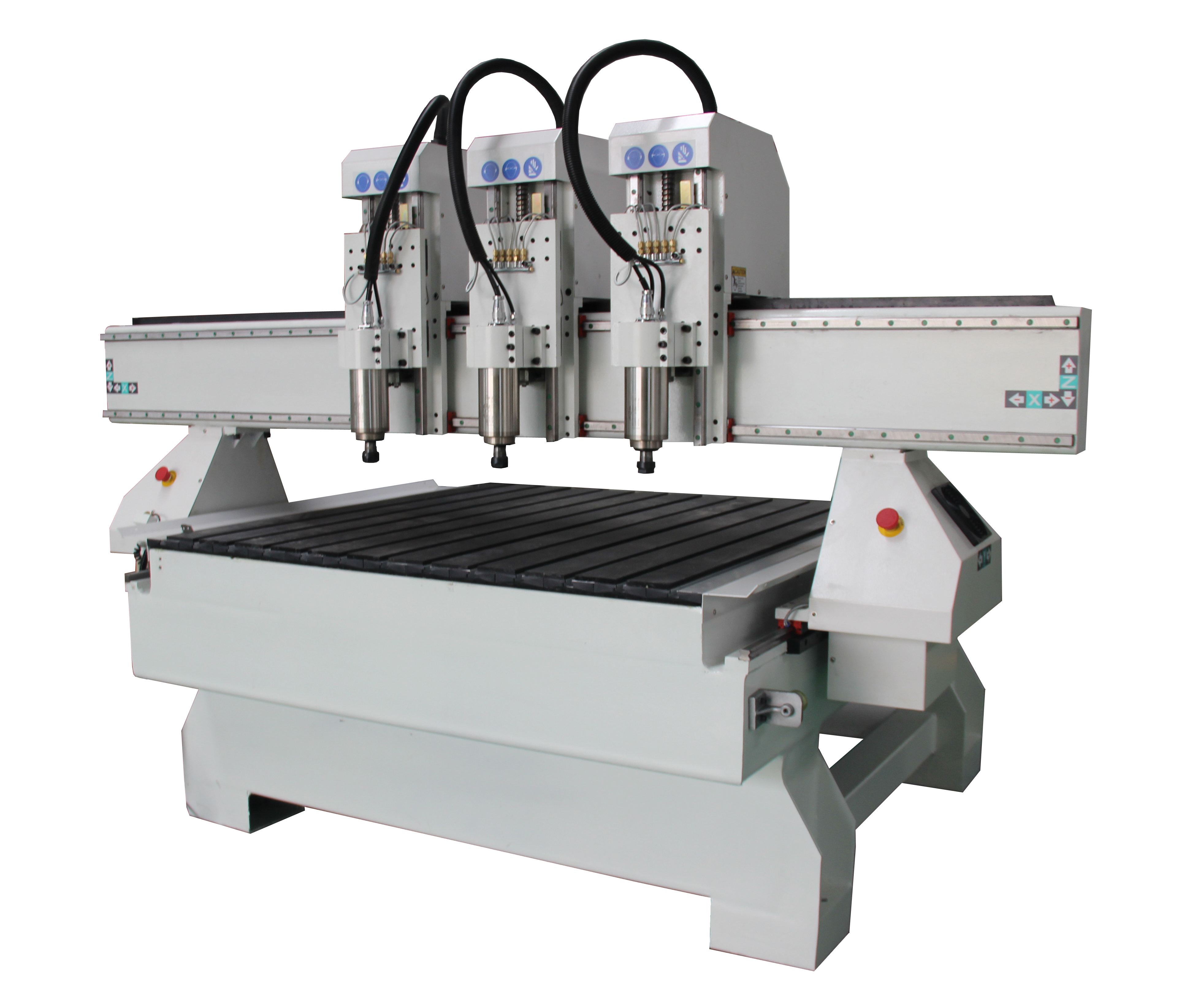 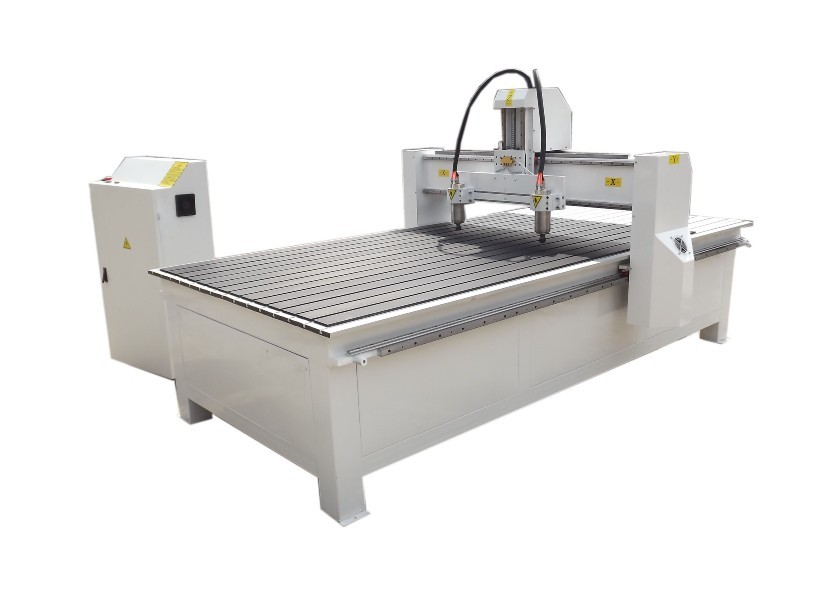 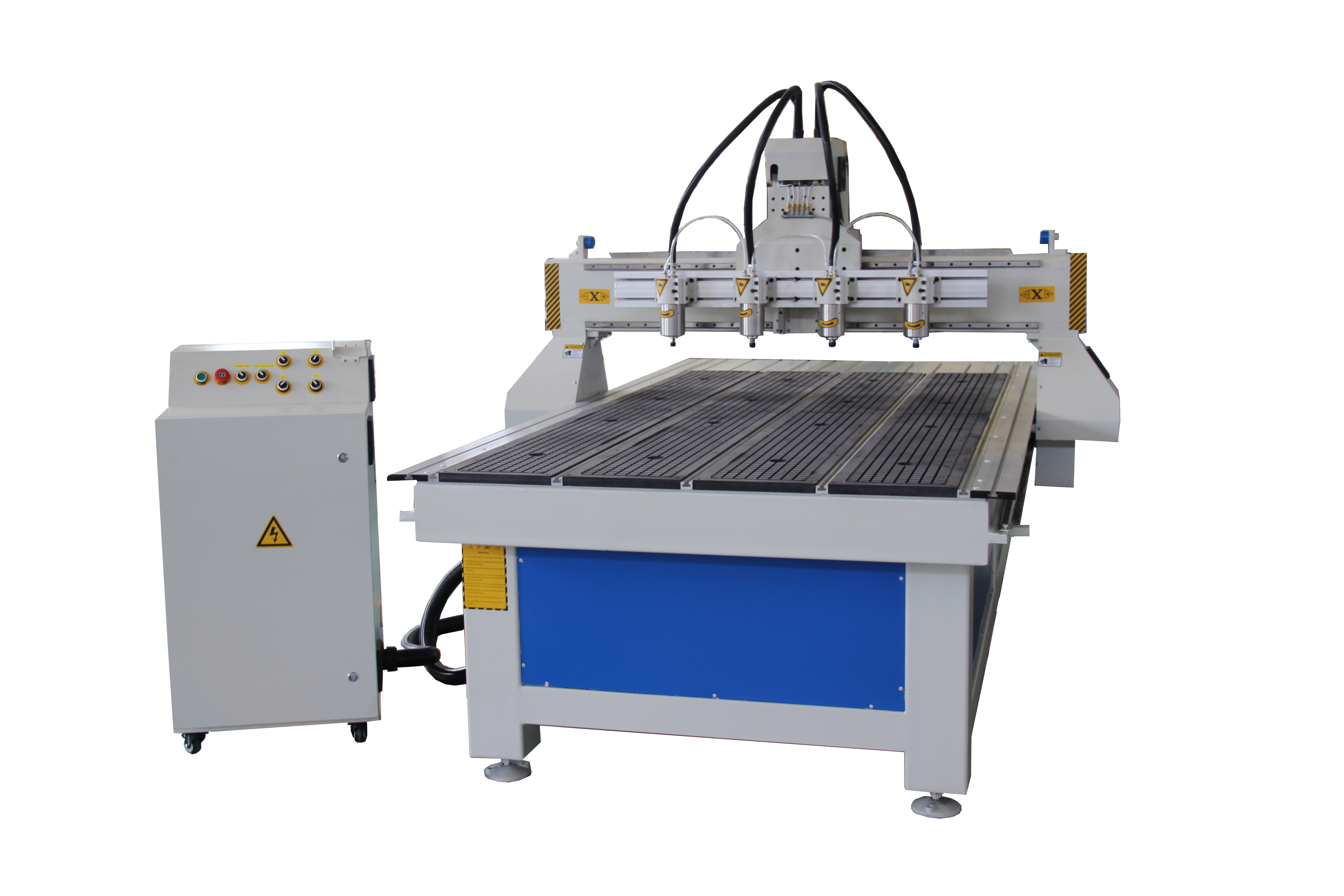 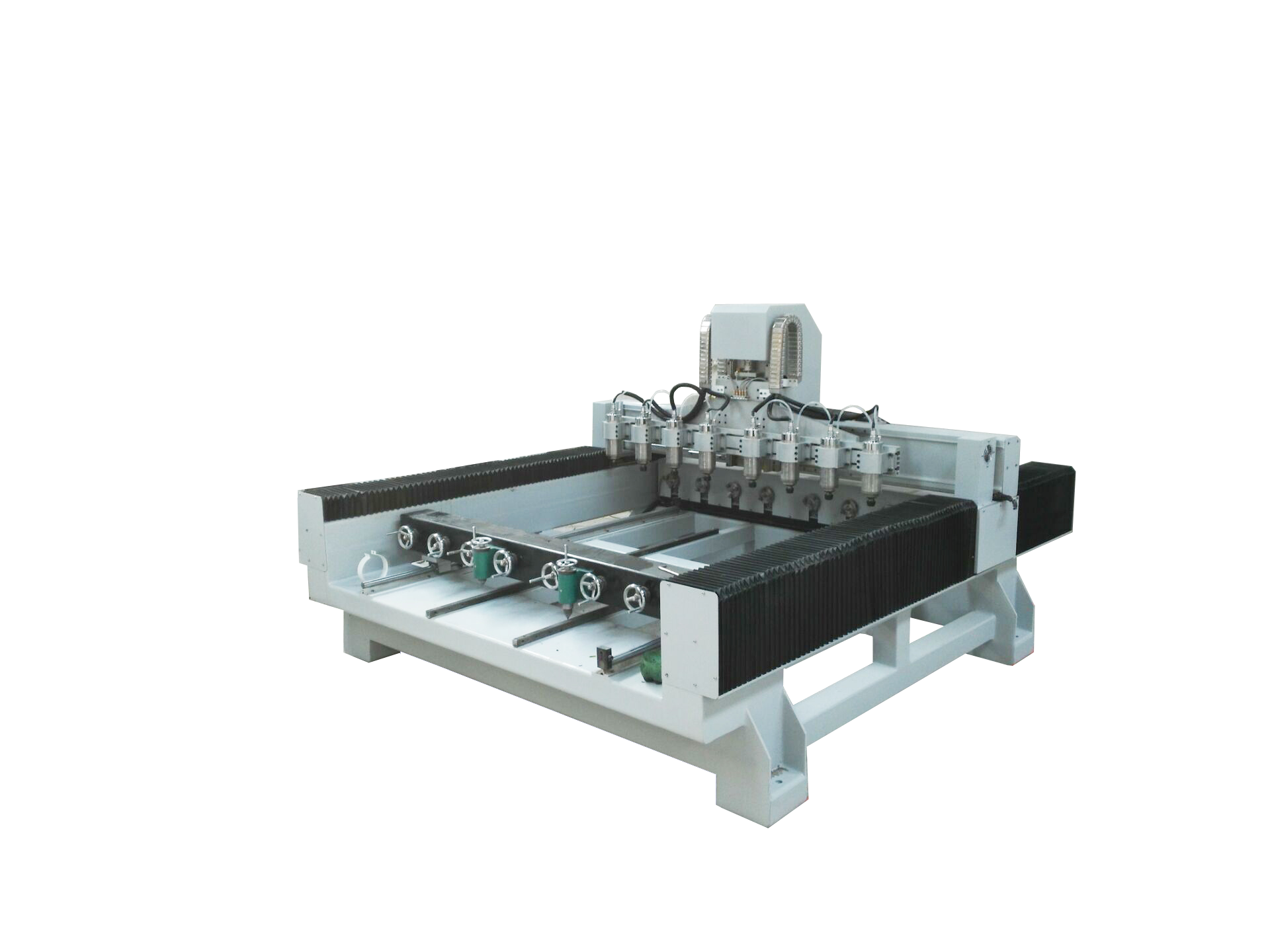 OEM can be provided. and the design, the color also can according to the customer's demand.